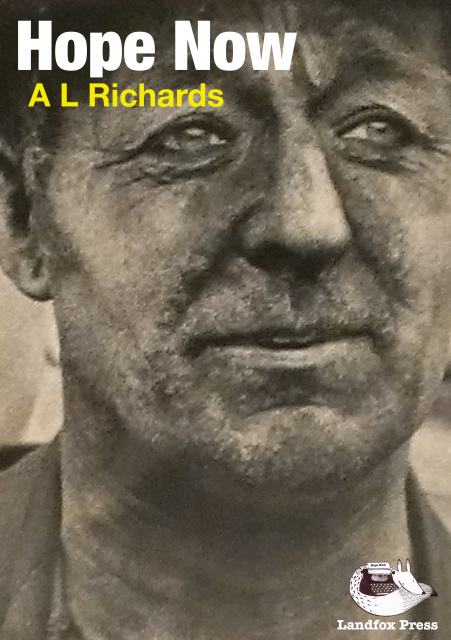 Hope Now by A L Richards

You'll checkout via Paypal - if you don't have a Paypal account or would rather use an alternative payment method please contact us and we'll do our best to accommodate you.
Not Available

"The Iliad" meets "How Green Was My Valley" in this verse novel set in the South Wales Valleys and based on the 1984 miners' strike.

It's January 1984. When mysterious stranger Dafydd arrives in a small Welsh valley town amidst an atmosphere of uncertainty and animosity over rumoured redundancies at the local coal mine, he quickly finds himself embroiled in the miners' battle to preserve not just their livelihoods but a community's way of life. As he and his new friends try to endure the hardships of the strike he has led them into, the only question that remains is can he bring them... Hope Now?

Prefer to buy it on the High Street...

Prefer to buy it from your local bookstore...

Prefer to read it on some newfangled device...

"Hope Now" is available electronically from the Amazon Kindle Store.
Powered by